How Hard is Open Water Swimming? 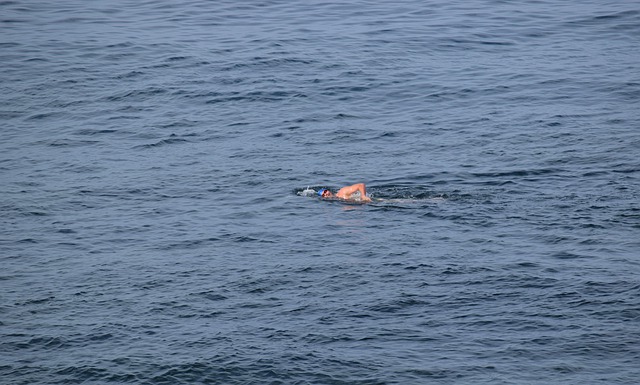 Open water swimming is much different than indoor pools for several factors, mainly due to the riskier exposure and conditions of the current in contrast with swimming in a leveled, supervised pool. We have talked about some of these differences in our past articles, specifically about the variations in the tides. Truthfully, an open water gap will certainly take much more time – and effort – than an indoor one, 30-minute routes can easily turn in 55-minutes or longer, plus the battling with the waves, struggling to keep oneself from falling off course, and resisting the merciless temperatures.

None of this means open water swimming is an impossible task, but it is one that comes with a whole lot more of danger and challenge than you might be used to. It seems only fun and exciting until the moment when you have to skip a breath because the current is not in conditions to allow you to respire, or when you have to remain attentive for not heading off your path in a river or the bare ocean.

Open water swimming is a discipline that demands you to improve your stamina even before you throw yourself for a swim; actually, you may need to spend quite some time practicing in the pool in advance of a river or lake and slowly get used to letting go of your former equipment such as goggles. Outdoors, there won’t be any walls for you to hang on to, there will be much less visibility underwater, and they’re probably will be lots of panic for not counting with the same safe circumstances as you would in a pool. (Like I said, not being able to breathe because of the water’s conditions.)

Many things that would be normal or at least reliable in a pool are no longer an option once you hit open water: there are much fewer chances for stopping and resting during one’s route, you have to measure the tides to realize if they are safe to swim in or not, and you may have to vary your strokes mid-swim for adapting to the water flow and reaching your optimum speed. Besides, you will no longer be in a peaceful environment as you will have to share it with aquatic plants and fish – (remember that this is not necessarily a bad thing, as the presence of these creatures is a sign that the water is healthy.)

While swimming in open water, you can’t let yourself be too absorbed into the task to forget the allusions about your location. We have talked about sighting before, it’s for telling some referencing points about the race’s ending point while you’re still swimming towards it. An example of these can be a hill, the end of a deck, even both if they are relatively aligned with each other. For keeping an actual track of these throughout your performance, it’s just a matter of stretching your neck slightly back so you can have a sight onwards and direct yourself to your reference points.

Not everything about open water swimming requires extra effort from your part, though; and there are many ways of making the course easier for you. There’s the dolphin dive for launching yourself forward – but this is recommended only if you’re already familiar with the depth of the body of water where you’re entering – and there’s drafting. (Not all competition guidelines prohibit the latter but you better be very aware of when it is permissible or not, for it is worthy of disqualification if you’re caught performing it while banned.)

There are plenty of things to take into account before initiating yourself in the open water swimming, and they are not things you’ll most likely forget the more comfortable you become outdoors. Getting used to swimming outside might be the reason why these warnings will stick harder in your head for you’ll have a better understanding of the setting and the consequences of not treating it with the absolute, utmost respect.

Nevertheless, it’s still quite an enjoyable and exhilarating experience, especially for testing and surpassing your limits as a swimmer. Many open water contestants have recalled how they started swimming exclusively in indoor pools and, the more they grew as swimmers, the more boring it became to perform in such a limited scenery, so they decided to further develop themselves by swimming in other bodies of water.

Even with everything, open water swimming is characterized by the inherent fun of swimming in natural, raw water – still in the company of fishes despite it feeling a bit strange and uncomfortable at first.  Open water swimming is hard – harder than standard swimming – but it’s even more difficult to find a sport that can be categorized as “easy”. At the end of the day, it’s still a sport with its challenges and demands, but that’s what should motivate participants instead of discouraging them.